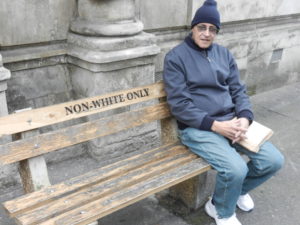 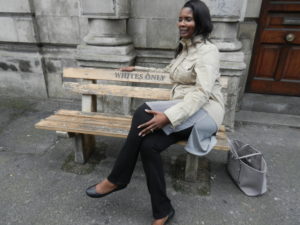 I clerked for a small law firm, Darwin & Riordan, during my last 15 months of law school. Jan Dietrich was one of the firm’s clients. She sued World Airways for violating title VII of the Civil Rights Act of 1964 because it refused to hire her as a pilot because she was a woman. The case led to a seminar paper by me, entitled Sex Discrimination in the Airline Industry: Title VII Flying High. The paper dealt with the separate issues of women pilots, the age, marriage, and maternity restrictions on stewardesses, pregnancy rules for stewardess, and the exclusion of male stewards, except in international flights. The gender neutral “flight attendant” was not yet in wide use.

Ironically, the section of female pilots, which started the study, was never published. Jan Dietrich settled her case with World Airways with Jan becoming a pilot for the airline.

“Women have historically been relegated to a secondary role in life. Contemporary experience suggests that they may become legal secretaries, but rarely lawyers; secondary school teachers, but rarely university professors; airline stewardesses, but never pilots. The purpose of this article is to argue, based on examples of sex discrimination in the airline industry, that society can and must change these existing patterns of unequal employment opportunity.” 59 Cal. L. Rev. 1091 (1973).